After the 2009-10 season, it seemed like Tennessee’s future as a basketball program had never been brighter. They were coming off the longest postseason run in school history; the two winningest seasons in school history took place over two of the previous three seasons. Tennessee had a chance to establish themselves as something close to one of the 15 best programs in college basketball, possibly even top ten. This was a status the program hadn’t really reached consistently since Bernard King and Ernie Grunfeld were on campus. So, yeah, Tennessee basketball was in its best place in 30+ years.

In fall 2008, Bruce Pearl hosted a small gathering at his Knoxville home. At that home were several key figures, including an Ohio State point guard that would grow to be perhaps the most pivotal figure in modern Tennessee basketball. He never played a minute in orange. 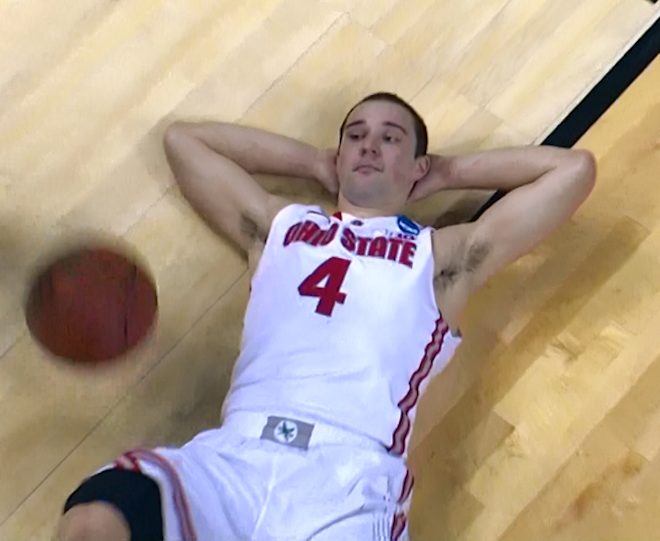 Aaron Craft was a four-star point guard from Ohio who, for a brief time, had committed to come to Tennessee. During the fall of 2008, he attended this small gathering at Pearl’s home. He was a high school junior who wanted to spend time with his likely future coach. Craft would later decommit to attend the more local Ohio State (a program at a similar once-every-30-years peak), which was fine. However, there was one huge problem with Craft’s attendance at this party: high school juniors were not allowed to attend off-campus events with college coaches.

Pearl knew this. The staff knew this. You can report this as some sort of relatively minor violation and get away with a slap on the wrist or whatever the NCAA is feeling at the moment. A truth-teller can self-report this violation, maybe have probation at worst, and move on with their life.

For reasons known only to Pearl and his staff, the staff denied the party ever happened. They denied that Craft was in attendance. There was one major problem with this white lie: the NCAA was given a photo of Craft and Pearl, standing with each other, inside Pearl’s home. The identity of the photographer, along with who sent the NCAA this photo, is still unknown. Many Tennessee fans believe that this was a plot by Ohio State themselves to kill a newfound recruiting rival; some believe Craft or Craft’s father took the photo themselves as blackmail. The truth of all of this will never be known.

What it ultimately led to was this: a 2010-11 season where a cloud began to hang over Pearl and Pearl’s assistants from night one. Every game Tennessee played this season would be plagued with a timeline of ‘violations’ that ESPN would run through every game, discussing ad nauseum. The season began on November 12th, 2010; seven days later, Pearl was notified that he would be suspended for exactly half of the SEC conference schedule because of his lie to the NCAA. Something funny happened, though.

Under the most scrutiny a Tennessee basketball team has faced in my lifetime, and probably yours as well, a team replacing almost half of its scoring from 2009-10 and pushing a likely one-and-done freshman to the forefront in Tobias Harris just…owned November. Like, to an extent no one saw coming. Tennessee entered the preseason NIT as expected runner-ups and proceeded to dominate #7 Villanova in the second half of a game they won 78-68. Then they went on the road two weeks later to #3 Pittsburgh (at a “neutral” site in Pennsylvania) and won that game, too.

Along the way, there were missteps – Tennessee had to tighten games defensively to escape upset bids by Belmont (85-76), Missouri State (60-56), and a VCU team few expected much from (77-72), but winners win games. They rose from #23 in the preseason AP poll to #7 on December 13. Somehow, despite Pearl’s suspension, despite everything bad building from this recruiting incident, it seemed like the program was not only going to survive but thrive in this sloppiness. Maybe they really were a top ten program.

Three days after that Pittsburgh game, Tennessee hosted Oakland University at home. Oakland was a good team that went on to be a 13 seed in that year’s NCAA Tournament, but when you’re #7 in the country, you expect to beat Oakland at home. And it went that way for one half, as Tennessee put up 50 and led by double digits. Then they turned the car off.

Oakland came back, owned the final 15 minutes in particular, and won, 89-82. This remains Tennessee’s only loss as an AP Top 10 team to an unranked non-SEC opponent. Still, college basketball is weird. This was the same team that just beat two top 10 teams in two weeks. A neutral-site game against Charlotte should’ve been a nice course correction. It turned into one of the most excruciating games Tennessee has played since I began watching, peaking with a late-game broken coverage that allowed Charlotte – CHARLOTTE – to steal a 49-48 win.

In three days, Tennessee went from #7 in the AP Poll with wins over teams ranked #7 and #3 to a team that lost to Oakland University and Charlotte. Just like that, the balloon didn’t just leak, it popped. Tennessee lost at home to USC four days later. They needed a last-second layup to escape a fourth straight loss against Belmont, 66-65. They slept-walked through a horrid December 29th game against Tennessee-Martin and barely won by six. Then, perhaps most embarrassingly, Tennessee hosted a mid-day nationally televised game against the College of Charleston on New Year’s Eve and got utterly demolished.

The Craft news was the first sign of a problem, but in 17 days of real time, Tennessee went from a team some were seriously looking at as a Final Four contender to a team with losses to Oakland, Charlotte, and College of Charleston. And it would somehow only get worse. A random 104-84 win over Memphis was a brief respite, but SEC play started (with “interim” head coach Tony Jones) with an awful road loss to Arkansas. Then it was an overtime home loss to an unranked Florida squad. Then Tennessee had to come back from 17 down at home (on College GameDay, for reasons still unknown) to escape Vanderbilt.

By the time Pearl was able to return permanently (excluding a January road loss to UConn that Pearl was eligible to coach), Tennessee was 15-8 and 5-3 in the SEC. Pearl’s first two games back were road losses to Kentucky (by 12) and Florida (by 1). The train simply never got back on the tracks. Thompson-Boling Arena, a place that had become fearsome for SEC opponents, gave Tennessee a 6-8 home record after November. Tennessee managed to make the NCAA Tournament as a 9 seed. On the day of the game, multiple players on the team have reported watching athletic director Mike Hamilton give an interview to ESPN in which he said he wasn’t sure if Pearl would be back for the 2011-12 season. No wonder the team was steamrolled shortly after.

Pearl would be fired after the season ended, then would receive a three-year show-cause from the NCAA banning him from coaching in college. Tennessee had to embark on a coaching search yet again. Similar to Pearl’s own search, it took several misdirections and ended up in a place almost no one had expected when the search began.

NEXT PAGE: You can’t always get what you want