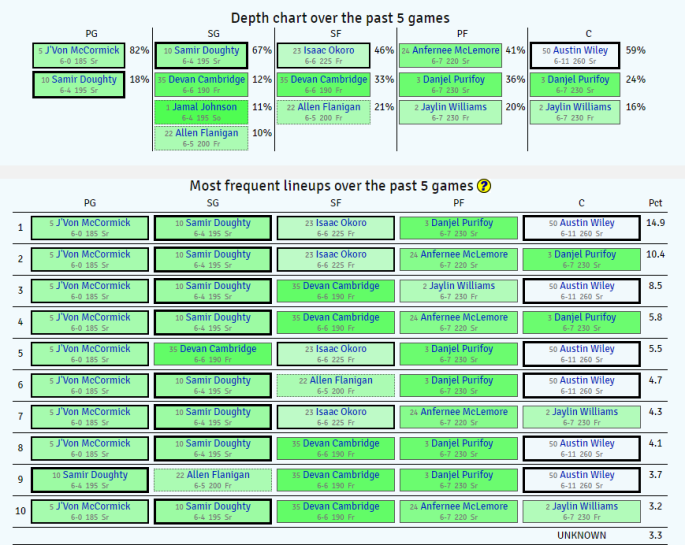 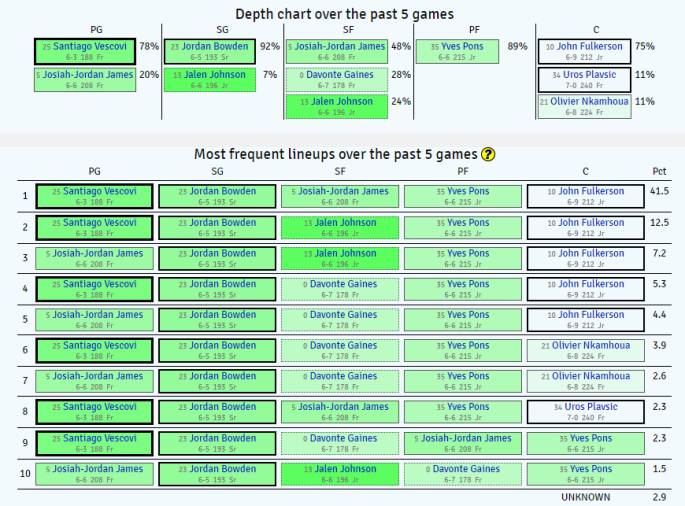 Jordan Bowden vs. Samir Doughty. Bowden handily won this matchup last time out, playing the single best game of his career in a brutal road loss. If he’s anywhere near as good this time, I’m confident Tennessee wins, but it is quite frustrating how guys like Doughty somehow uncover their dormant three-point shooting ability when playing Tennessee. Worth noting, to me, is that Auburn is 3-3 when Doughty scores single digits and 21-3 otherwise.

Josiah-Jordan James vs. Isaac Okoro. Finally! If you’re curious, I thought JJJ was dominant on defense down the stretch, and he made some key offensive plays that helped Tennessee finish off the Ruppset. Since his return, Okoro has been…kinda not good? I have no idea why this is the case, but he’s only taken 18 total shot attempts over his last three games and seems to be way more included on defense than on offense. It certainly hasn’t helped Auburn.

EVERYTHING ELSE. Here’s the deal: Tennessee probably finishes with the 7 seed if they win and Texas A&M loses. They finish at the 8 if A&M wins. A&M is a road underdog to Arkansas, who can slide into the 10 seed with a win. But here’s what I think everyone should want: A&M loss, Alabama loss to Missouri, meaning Tennessee gets the 7 seed and avoids an Arkansas rematch. I’ll go ahead and say it happens, because we’ve had oddly good luck with speaking things into existence this season.